Monteverde, The primer: an essential guide to one of Costa Rica’s tourism gems 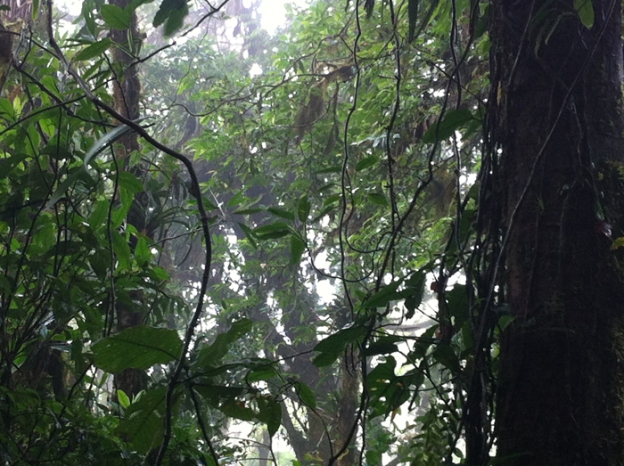 A typical tourist visit to Monteverde involves a large bus with a yellow “turismo” placard attached to the back. The bus delivers its occupants to one of the several large hotels in the area, then later deposits those same travelers at one of several tourist-centric restaurants. The following morning the bus takes the group to the Monteverde Cloud Forest Biological Reserve for a guided hike down its world-famous paths.

There may or may not be another outing, another dinner and one or two more nights at the hotel but, one way or another, the bus and its occupants soon depart the mountain for their next stop, which is often Lake Arenal.

The occupants of the bus can say, correctly, that they visited Monteverde. They don’t realize it, but they actually passed through, perhaps even stayed in, one or two other towns during their time in Monteverde, which is actually a community and not a formal town.

When the Quakers from the United States and Europe moved to this zone in the 1950s they settled in the area formally known as Cerro Plano (Flat Hill). Lucille “Lucky” Guindon, one of those Quaker settlers, believes the greater area was originally called Cerro Plano because hunters down in the nearby, steep-walled San Luis Valley enjoyed its relatively flat expanse.

See also: Monteverde – You can get there from here, but you’ll need some pura vida

Soon after their arrival, the Quakers erected their Meeting House and school, and also created a factory to produce cheese and generate income. Most importantly, in the early 1970s, the Quakers agreed to lease a significant amount of land they’d previously set aside to protect the area’s watershed. The new purpose of that land? Helping to form the Monteverde Reserve.

The population of the Monteverde community is relatively sparse (less than 800 versus around 7,000 for the greater Monte Verde district), with much of the land devoted to working farms and a variety of other large, residential properties. Many of these belong to members and descendants of the original Quaker group. Although there are far fewer businesses in this area, those that operate predominantly cater to tourists, which means that while most of the residents readily speak Spanish, it is also very common to hear English.

It is not possible to venture to the unpaved roads of Monteverde without first traveling through Santa Elena: 606 is the connector from the north or south. Santa Elena, which is located on the opposite side of the district, is different from Monteverde in many ways. Unlike the large, comfy tour buses that frequent Monteverde, Santa Elena is frequented by the crowded tourist vans as well as a continuous stream of backpackers who walk from the public bus station just up the hill to one of its many hostels.

Santa Elena is where business is done. A hair dresser and a veterinary clinic are positioned close to the municipal building. There are two large grocery stores, three pharmacies, several hardware stores, the post office, three banks, several bars and, of course, the Costa Rican Electricity Institute (ICE) office. Unlike Monteverde, the roads in the town square — which is actually a series of one-way streets that form a triangle — are paved.

The lots in Santa Elena are smaller, akin to what is found in much of San José. Unlike Monteverde, there are sidewalks throughout the downtown area and even a couple of stop signs, though it is wise not to count on everyone abiding by that fact. Catholicism is the dominant religion in this part of the district, and there is both an “old” Catholic Church and a “new” one — a super-sized structure that at this point is still in need of walls and a floor.

Santa Elena is the “Monteverde” that first greets backpackers and budget travelers. Tickets to all of the attractions in the area, including the many parks offering zip-lining, are sold by any number of businesses. Hint: those stating that they are the “official” source of tickets do so because 20% of the sale price goes back to them as the seller. The 20% commission is a large source of revenue for a variety of operations and, no, tourists do not receive a discount if they go directly to the attraction to buy their tickets.

Santa Elena is therefore a melting pot, though many of the ingredients are temporary. While there is quite a bit of English, French, German and other languages spoken, there are also many Ticos. Tourists who get accustomed to bilingual staff at the hotels and hostels quickly find that, quite understandably, the employees of the banks, hardware stores and most of the other local businesses speak only Spanish. There is a sprinkling of inhabitants from abroad, but the vast majority of the permanent residents here are Costa Rican.

As you leave Santa Elena on the main road, 620, and head towards Monteverde proper. you’ll briefly find yourself in a town sandwiched between the two: Cerro Plano. This is the portion of the original Cerro Plano that wasn’t part of the Quaker purchase. It has a number of hotels and restaurants, though not as many as Santa Elena. The housing in Cerro Plano is a mix of small lots as well as several larger plots.

Here, too, the bulk of the permanent residents are Tico, but there are immigrants who have settled here permanently — so much so that one spot is informally named “Gringo Hill.” There is also an ever-changing group of visiting teachers who teach in one of the district’s three bilingual private schools, and students who take advantage of the many homestay opportunities in Cerro Plano.

It is easy to miss that fact that you’re in Cerro Plano. To some degree, this is because of its position between Santa Elena and Monteverde. The primary lack of name recognition, however, comes from the fact that many of its larger businesses present themselves to the world as being part of Monteverde. Two of the larger, more luxurious hotels in the district are located in Cerro Plano, but all references to their location on their websites and brochures simply state “Monteverde.” “Green mountain” is apparently a better branding option than “flat hill,” and, unlike both Santa Elena and Monteverde, there is no reserve to tout in Cerro Plano.

With all the differences, it’s surprising but true that the distance from bustling, crowded downtown Santa Elena to the Monteverde Cloud Forest Reserve is roughly six kilometers — and 300 meters of additional elevation. By car or bus this distance passes relatively quickly, though the unpaved portion will make you drive slowly whether you like it or not. It’s worth noting that up until the past decade, much of the traffic was by horseback.

Part of what makes the larger community unique is the spirit of cooperation between these residents with diverse ethnicities, religions and languages. However, as in any community, issues do exist. Whatever displeasure a portion of the Quaker community may feel about their conservation efforts being converted into tourism is matched by members of the Tico community who believe that local miners inhabited the area at the time of the Quaker purchase, with indigenous groups pre-dating the miners. They do not appreciate the notion that Monteverde was created by Quakers.

Those debates are not easily settled and are seldom heard in public, and the vast majority of residents of one town or community do embrace the presence and contributions of the others. This also extends to neighboring communities such as San Luis, Cañitas, La Cruz among others.

If you find yourself in any of these spots, be aware that there are many ways to explore the natural beauty of the area. Don’t be afraid to ask a local about the whereabouts of a good trail or scenic overlook, and have at least a general understanding of the geography and the location of the various communities.

Cabs are generally available, but you’ll save yourself time, money and aggravation if you understand up front that Santa Elena is the gateway to the majority of the adventure parks; a hotel stay in Cerro Plano makes the majority of potential destinations in the district walkable; and Monteverde is known for natural beauty and the Quaker community, but has nothing to offer in terms of a post office, bank or pharmacy.

Marshall Cobb and his family moved to the Monte Verde district in 2015. He takes breaks from working on his novel by posting blogs on his website and can be reached at: marshall@marshall-cobb.com.